Anger Is No Solution To Any Problem

Uncontrolled anger is one of the behavioral problems faced by many men. While some tend to have this as a basic trait of the personality from childhood, in others anger gets manifested at youth and later stages. 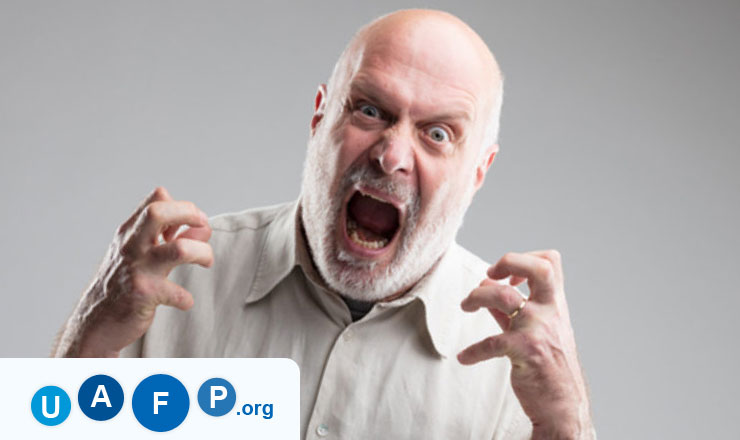 Those who get angry end up bearing the brunt of the same. Some vent their anger at others and most often at one's spouse or other family members while many also vent out their anger at anyone and everyone. Anger can manifest itself in the form of verbal and physical attack on others or physical damage to materials and the things around oneself.

Some men get angry very fast and cool down equally fast. They do not nurse their anger and once they vent it out, they forget about it altogether in the next minute. This kind of anger is often the result of it being a part of the personality. There are other men who use anger as a tool to vent their frustration when things don't go their way or they feel they are losing control over events and situations or relationships. Often such men are lacking in self esteem and their helpless often prompts anger and irrational behavior. There are yet other men who nurse anger over a long period and use their anger to create damage to the others by design. Most often we see men turning towards violence, revenge and other destructive activities out of anger resulting from their ideological differences. Terrorism often thrives and finds its perpetrators in those who are habituated to nursing their anger and retaliating in the form of violence and revenge.

For the sake of the self and of the others, anger needs to be controlled and managed. As the saying goes "Those who live by the sword die by the sword", those who unleash uncontrollable anger get consumed and destroyed by the result of the same anger.

There are several approaches to treating and controlling anger. Psychotherapy including counseling and cognitive behavioral therapy are perhaps the most effective options that are available today. Several self help groups are also operating in all the countries that help one recognize and understand one's anger and come to terms with it.

Cognitive behavior therapy works to unearth the personality of the patient and his emotional as well as psychological makeup. Clinical psychologists work with the patient to understand and map his behavior patterns and the causes that lead to the formation of such behavior patterns. Further on understanding the causes will help them get the patient to address the same and rationalize his understanding. Cognitive behavior therapy involves several sessions and a longer period of treatment including counseling and workshops etc.

For those who have mild anger and wish to learn to control or get rid of their anger, counseling by psychiatrists as well as attending the anger management workshop helps. In such cases the patient would already be aware of his problem and be desirous of finding a solution for himself.

It is important for each and everyone to learn to get control over one's emotions especially anger before it destroys one's health and body as well as one's relationships and career etc. Anger is no solution to any problem.