This condition affects about 0.1 percent to 0.5 percent of the adult population and can occur at any age. In men, it often happens in their teens or early 20s. It is less common in women and milder as well. Apparently, it is more common in some Native American tribes. 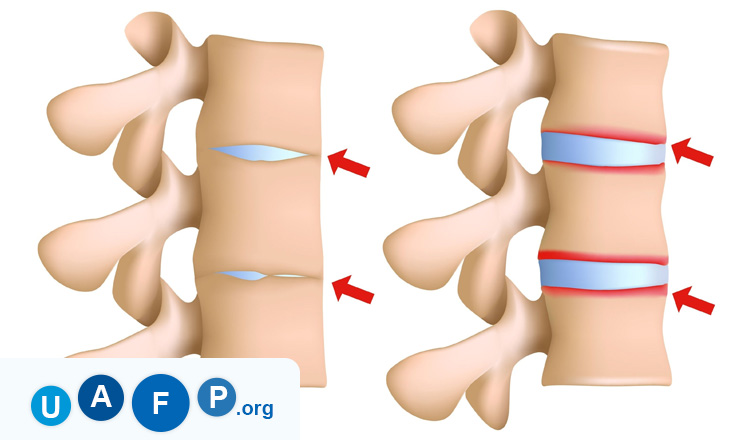 Some of the common symptoms of this condition are pain and stiffness, bony fusion and pain in ligaments and tendons. Apart from them, there can be a dull ache, tingling, numbness, pulsating pain, sharp pain, pins and needle sensation, muscle spasm, tenderness, rash, loss of continence of bowel and bladder, pain with movement of the spine, and extreme sciatica pain. Due to the pain, people may also experience fever, fatigue, and loss of appetite. In some rare cases the patient may develop eye inflammation, and lung and heart problems.

The condition can be diagnosed based on several factors. The doctor will go through the complete medical history and check for any previous such cases in the family. Apart from the symptoms, the doctor can also suggest X-ray of the back and pelvis, measurements of the chest when breathing and results of the lab tests. Certain factors such as stiffness, pain and decreased motion of the spine are the primary characteristics of the inflammatory back pain and ankylosing spondylitis. Urinalysis is often done to check for abnormalities of the kidney as well to remove any chances of certain kidney conditions which cause back pain. They are also simultaneously checked for symptoms and signs of other similar spondylitis such as psoriasis, dysentery, venereal disease and inflammatory bowel disease or Crohn`s disease.

As of yet, there is no cure for this condition but there are various treatments that can help reduce the discomfort and also improve the function of the affected area. There are many physical and occupational therapy and exercise which can be done daily to help improve the condition. It also helps minimize the risk of disability. The doctor can also suggest swimming as it a very good exercise for people. There are various medications and surgery options also available depending on the condition of the patient.