Diabetic Foot Ulcers and Its Impact

Diagnosing people with infected diabetic food ulcer is found to be worse that what people might have presumed previously, as per a new research. Over 50 percent of the participants who were engaged in the study did not see their foot healing, and about one individual in every seven had to get amputations done. 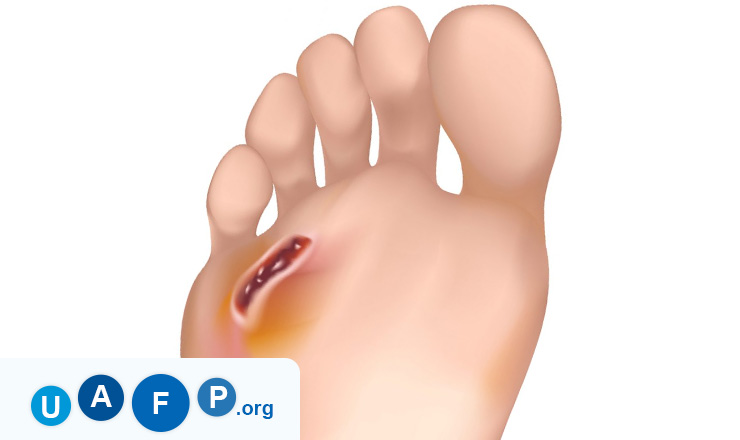 As mentioned earlier, the ulcers were not healing for more than 50 percent of the patients who were a part of the study. Foot ulcers are known to be open wounds that have affected about 3.3 million residents of the United Kingdom who have diabetes. These patients develop this condition because diabetes is known to damage the blood vessels and nerves that are present in the feet.

These wounds are known to be chronic, prone to infection, and slow in their healing process. Because of this reason, the infection usually leads to several types of serious consequences that might end up in multiple amputations or losing a limb.

The research study was led by Professor Andrea Nelson from the University of Leeds. She focused on examining the outcomes people had after they had infected diabetic foot ulcers. The results were able to highlight that there is a need for monitoring the people who have a higher chance of acquiring foot ulcers.

The ulcers are known to cause disability no doubt, but it can also have a major financial implication of the person suffering from it. The NICE or National Institute for Health and Care Excellence showed that the annual cost for the treatment of diabetic foot wounds go up to £650 million.

The University of Leeds is heading the research study which aims to provide treatment options and prevention tips for diabetic foot ulcers. Such options will also be given for people who have pressure sores and skin wounds of a general nature, conditions that affect people who have poor blood circulation, limited mobility, or obesity.

The study findings were published in a journal called diabetic Medicine.

The researchers had to track about 299 people who visited a diabetic clinic having an infected foot ulcer. The sample size was big enough to be generalized to the UK population. The participants of the study were followed up as well after about a year.

After a year, about seven of them, accounting to 17.4 percent, has gotten an amputation of their foot. A little lesser than half, accounting to 45.5 percent, saw their foot ulcer heal. The researchers made a note that the outcomes are not good and were unexpected.

Professor Nelson belonging to the Faculty of Medicine and Health mentioned that foot ulcers can be extremely nasty. They are not only painful, but also debilitating. People who suffer from this condition have reduced mobility, which could bring about several other risk factors into the picture, like heart disease and obesity.

It is important for people to get themselves checked once they notice that an ulcer is forming. This way there is a better chance of treating the condition.