It is a very rare and deadly virus. Patients suffering from this virus usually have a fever, body aches, and diarrhea. The can be bleeding as well from inside or outside the body. It is also known as Ebola virus disease or Ebola hemorrhagic fever. It is considered as a zoonotic virus, which means that it originated in animals and then spread to animals. There is no vaccine available for this virus, however, researchers are working on creating one. There has been a successful trial of one of the vaccines. It was found to be 100% effective in more than 400 people. There are five strains of this virus out of which four of them can make people sick. 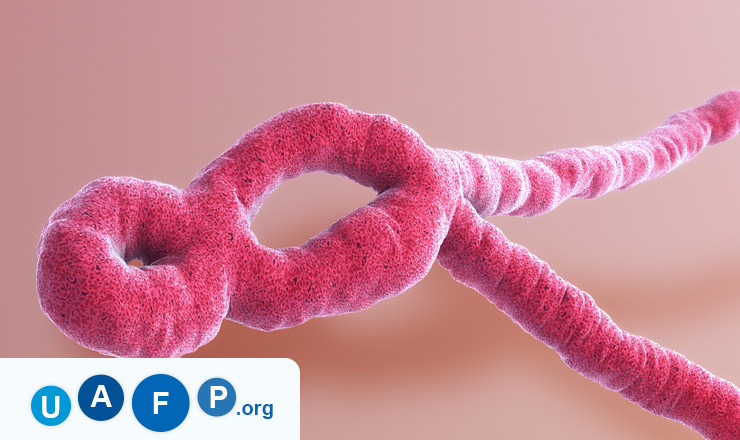 This is not a contagious virus like other common viruses. It spreads through skin contact and bodily fluids. It is also found in infected animals, like a monkey, fruit bat, and chimp and spreads among them in a similar manner. It spreads among humans as well in the similar way. One can also get the virus by touching the contaminated surface or needles. Ebola does not spread through air, food or water. It has also been found that even though a person may have Ebola but no symptoms cannot spread the disease.

Ebola has an incubation period of 2 to 21 days. It means that the patients may get infected but the onset of symptoms may take some time. In most cases, the symptoms take 10 days. Some of the common symptoms are a headache, fever, weakness, vomiting, stomach pain, lack of appetite, joint and muscle aches, and diarrhea. In some cases, patients may also feel cough, red eyes, rash, sore throat, difficulty in swallowing, bleeding from the body, hiccups, cough, and chest pain. Certain medical tests may show low white blood cell and platelet counts and also elevated liver enzyme secretions. Even if the patient does not show the symptoms, they may contain the virus in their blood or other secretions. In a certain case, Ebola virus was isolated from the semen of an infected man 61 days after the start of the illness.

The diagnosis of this disease is at times difficult, however, a blood test can help diagnose the disease. If you are found to have this disease then you will be isolated immediately to help prevent the spread.

As of yet, there is no cure for Ebola. An experimental serum is being used to destroy the infected cells. Also, the symptoms can be managed with fluids, electrolytes, blood transfusion, blood pressure medication, oxygen, and treatment for other infections. It is not yet know how the virus infects the human body, hence stopping the infection is still a challenge.

A patient may start recovering between 7 to 14 days after the onset of first symptoms. If not treated in time, death can happen between 6 to 16 days from the first symptoms. It usually happens due to low blood pressure from fluid loss. The patients often go into a coma near the end of life.