According To Scientists, The Flavours Of E-Cigarette Are Toxic To The White Blood Cells

Inhalation and vaping can be very injurious to your health. The more you get exposed to the flavouring chemicals and liquids of e-cigarettes, the more dangerous they will prove to be. They cause an inflammation if monocytes, which are a type of WBC. There are certain flavouring compounds that are highly toxic like, vanilla, cinnamon and buttery flavours. This research is published in the open-access journal Frontiers in Physiology. The study also states that mixing the flavours is even worse. 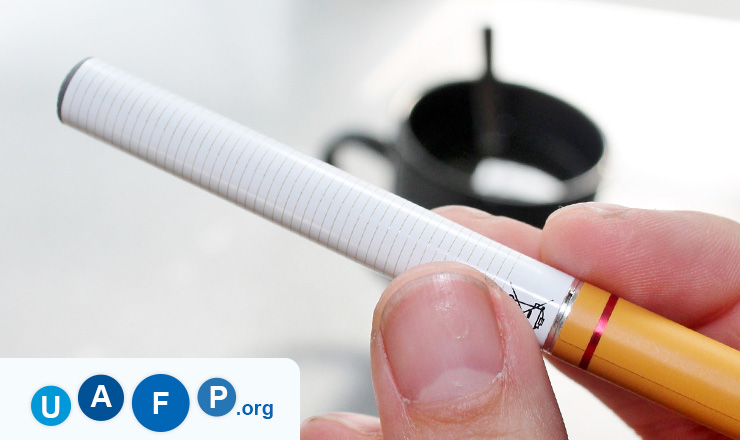 More and more people are now ditching the traditional cigarettes and switching to e-cigarettes. In the USA, there are more than five hundred e-cigarette brands at the disposal of the consumers that offer eight thousand flavoured e-juices.

Vaping subjects our lungs to harmful chemicals when e-liquids get heated up and inhaled. The flavouring chemicals present in e-cigarettes are considered safe to eat and so, e-cigarettes are also considered as safer alternative of traditional cigarettes. But, the health effect of the inhaled chemicals is still a matter of mystery.

A study was conducted in the United States to get some insights into the issue. The researchers tested the effects of vaping the new nicotine-free savour e-liquids to find out if they are risk free than the traditional cigarettes. Previous studies have however, has shown that these flavours lead to oxidative and inflammatory stress responses in the lung cells. An increase in the level of the oxidative stress markers in the blood stream has been noted in the people who smoke e-cigarette. The new study encompasses the study on the effects of the common flavouring chemicals and e-liquids sans nicotine on the white blood cell called monocyte.

When the body is exposed to the flavouring chemical and e-liquids, the production of biomarkers of tissue damage and inflammation, medicated by oxidative stress, increase by manifolds.

Dr Thivanka Muthumalage, the first author of the study says that the flavouring compounds that are tested might be safe for ingestion, but they are not safe for inhalation. Vanilla, cinnamon and butter flavour chemicals are very toxic, but mixing flavours of the e-liquids can be very dangerous and causes toxicity to WBC.

Dr. Irfan Rahman, senior author hopes that the new data will prove to be efficient in offering new insights in understanding the harmful effects of these flavoured chemicals without nicotine.

At present, these flavours are not regulated. The names like candy, cinnamon roll, mystery mix and cake attract the vapers. The findings show that these flavours must be regulated and the bottles must contain the descriptive list of the ingredients. The regulatory agencies must show interest in protecting public health.

The study exposed the monocytic blood cells directly to e-liquids. The author is desirous to initiate research to stimulate live vaping, by barring cells to e-liquid aerosols in air-liquid interface system. They want to initiate long term human research to see the harmful effects of e-cigarettes.